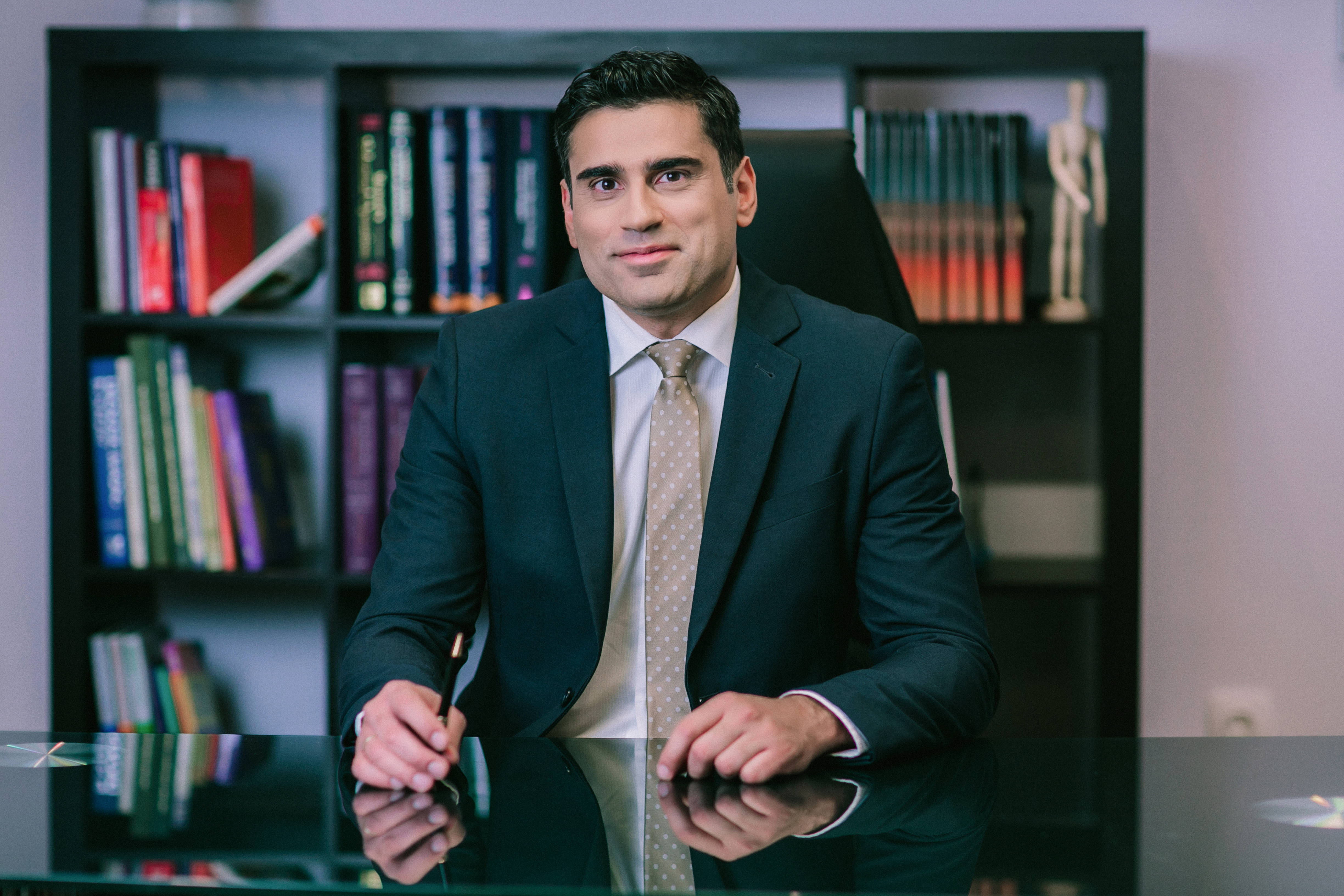 Dr Charalampos Spyropoulos was born and raised in a small city of Peloponnese in Greece, called Pyrgos, where he completed his primary and secondary education. He studied medicine and graduated from the Medical School of Patras, in Greece. After completing his military service, he was specialized in the field of General Surgery at the University Hospital of Patras, a pioneer center of excellence regarding surgical treatment of obesity, diabetes and metabolic disorders (Head Prof. F. Kalfarentzos).

During his residency in General Surgery, he supported his PhD thesis entitled “The Role of expression of estrogen receptors in the sentinel lymph node and melanomas and its effects on the outcome of the disease “, therefore receiving the title of Doctorate Researcher at the University of Patras.

From 2010 to 2013 he was attached as a Consultant at the Department of Surgery, at the University Hospital of Patras, in Greece. He exhibited special interest in minimally invasive surgery (laparoscopic/endoscopic surgery), both for the treatment of obesity (bariatric surgery) as well as for colorectal and endocrine surgery. He also gained special experience in the minimally invasive treatment of urgent surgical conditions through continuous surgical education in international centers of excellence (Centre for laparoscopic surgery I. R. C. A. D – E.I.T.S., Strasbourg, Frannce / Red Cross Krankenhaus Hospital, Hanover, Germany).

Since 2012, he is an active member of the British Medical Council and in 2013 he was attached as a Senior Clinical Fellow at the unit of Colorectal Surgery, at Stepping Hill Hospital, in Manchester, UK, under the supervision of Mr. Sajal Rai, a well-known colorectal surgeon, from where he received the best recommendations.

Due to his special interest for emergency medicine, he is a recognized instructor in Greece and Cyprus by the Committee of Trauma of the American College of Surgeons (ATLS – ACS Committee on Trauma), participating in the training of many young doctors in the field of initial trauma assessment and management. He is also an official Fellow of the American College of Surgeons (FACS).

He has numerous publications in foreign (PubMed) and Greek journals and he has given many invited lectures both in Greek and international conferences. His scientific publications, especially in the field of obesity surgery, have received international recognition (citations). He is a member of the European Society of Laparoscopic and Endoscopic surgery (EAES), a member of the World Society for Surgical Treatment of Obesity and Metabolic Diseases (IFSO) and a member of the American College of Surgeons (FACS).

The Doctor is an associate lecturer at the 2nd Propeudeutic Department of Surgery, at “LAIKO” Hospital of National and Kapodestrian University, in Athens, Greece, being responsible for the tuition of courses for “Bariatric and Metabolic Surgery” to pre-graduate medical students.

Doctor Spyropoulos is a distinguished Surgeon with specialization in minimally invasive, laparoscopic and robotic surgery, practicing in the private health sector, with particular interest in gastrointestinal surgery, hernias, clinically severe obesity and endocrine surgery. Since 2016, he is the Director of the 3rd Surgical Department of Metropolitan General Hospital, one of the leading tertiary private hospitals in South-Eastern Europe.

This website uses cookies to improve your experience while you navigate through the website. Out of these, the cookies that are categorized as necessary are stored on your browser as they are essential for the working of basic functionalities of the website. We also use third-party cookies that help us analyze and understand how you use this website. These cookies will be stored in your browser only with your consent. You also have the option to opt-out of these cookies. But opting out of some of these cookies may affect your browsing experience.
Necessary Always Enabled
Necessary cookies are absolutely essential for the website to function properly. This category only includes cookies that ensures basic functionalities and security features of the website. These cookies do not store any personal information.
Non-necessary
Any cookies that may not be particularly necessary for the website to function and is used specifically to collect user personal data via analytics, ads, other embedded contents are termed as non-necessary cookies. It is mandatory to procure user consent prior to running these cookies on your website.
SAVE & ACCEPT